From Ideation To Portfolio Program: Innovation Vs Validation In Early Drug Discovery

From Ideation To Portfolio Program: Innovation Vs Validation In Early Drug Discovery 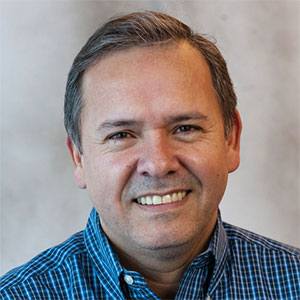 Selecting a new pharmacological target for drug discovery is one of the hardest jobs in pharma. This assertion while it may be generally accepted, is surely not fully appreciated nor completely understood. It doesn’t help it that there’s not an established method or a stepwise manual for succeeding in such endeavor and the prospects to embarking and resourcing it could be daunting.

How do pharmaceutical companies decide what projects have the best value to pursue from inception all the way up to candidate nomination, IND and beyond? What’s the secret sauce for success in an industry with high attrition rates at all stages of the process of drug discovery and development? Is it possible to achieve a productive balance of novel ideas-technologies and well validated pharmacological targets with a solid progression into clinical trial stages? These are important questions that could define the success, and even the survival or demise of small to mid-size companies looking to establish themselves as drug discovery enterprises.

With this in mind one could divide the process of new target identification into several stages, all overlapping more or less with each other according to the specific company’s strategic plan: Conception, experimental validation, assay development, MoA characterization, therapeutic proof of concept, IND enabling data generation and early clinical development.Each one of these topics comes with a long list of sub-divisions, milestones, go-no go decision points, iterations, critical path, good-to-haves, timelines, budgets, etc.

Perhaps the most difficult part is the conception or ideation stage as it requires, in order to be successful, a significant investment in brain power and intellectual input from the entire value chain (pre-and clinical). It is a time-consuming exercise where those involved gather information from scientific literature, public or proprietary databases (OMICS, tissue atlas, patents, clinical trials, etc.) and tap into internal and external expertise.With the available data in hand, the group evaluates central aspects of the target at issue. First and foremost, the biology rationale and the technical feasibility, with the goal of ensuring to the best of the team’s knowledge, that there is enough, convincing evidence of a biological mode of action which can be approached, altered or modulated with a pharmacological entity.If there are sufficient “reasons to believe”, the target will then move forward into the experimental validation and assay development stages.

​Selecting a new pharmacological target for drug discovery is one of the hardest jobs in pharma. This assertion while it may be generally accepted, is surely not fully appreciated nor completely understood

At this early point is where and when the team struggles between innovation (novel, unvalidated targets)and repetition (programs already attempted by others therefore with certain level of validation). Both options present themselves with the problem of defining and allocating time and resources. Innovation takes time -lots of it-, and continuous investment. Repetition on the other hand, relies in a good part on previous failures, acquired knowledge and experiences and a higher level of confidence in advancement. Both approaches are risky and suffer from high attrition rates. New programs fall often and hard, in most cases before they are official or fully powered. While that’s perfectly appropriate -it’s best to kill a project early and well, with good decision making and supportive data, before it becomes too expensive, burdensome, unviable-, it adds to the challenges of moving an idea forward beyond the concept level.

Thus, the question still stands: What’s the better path to progress an idea, a pharmacological target or a proposal for a project? Innovate and generate your own science (risky, high probability of failure, long term investment) or tap into what the scientific community has already a basic knowledge on? As I hope we have established, there’s not a fool-proof path to success but the answer might be both.

By populating the early discovery pipeline with a variety of new programs including, high risk-high reward, low risk-steady progression, innovative approaches and well validated ones, and something in between, R&D institutions stay competitive and enhance their chances to reach scientific PoC and ultimately the clinic. Ideally, this variety approach will provide a substratum of ideas and targets to resource from, with the potential to die early or to move forward into subsequentstages of the drug discovery process.

Early Access Care: An Expert in Managing Expanded Access/Compassionate use

D2 Solutions: The Point of Progress for Pharmaceutical Manufacturers and Pharmacies

H1: Data Treasure For Healthcare Industry: Connect Like Never Before

Anju Software: Connecting the Dots from Molecule to Retirement

CareMetx: Building a Better Access System... One Patient at a Time

VillageMD: The Next-Generation of Primary Care

Carelike: A Source of Visibility for Patient Centricity

Axendia: A Trusted Adviser to the Life-Science and Healthcare Industry

Capital Projects and Facility Services: Ushering a Digital Age in the Biopharma

Systech International: Regulatory Deadlines are Approaching. Are You on the Fast Track to Comply?

CloudLIMS: An Affordable Game-Changer for Laboratories

Process Stream: Into the Depths: How Process Stream Leverages Experience and Embedded Research to Transform Businesses from the Inside Out

Paragon Solutions: Consulting and Technology Solutions for the Pharma and Life Sciences Sector

Attensa: Information in Context of Work, Your Big Competitive Advantage

Covisint: A Cloud Engagement Platform to Connect and Collaborate

Exostar: Secure Collaboration in the Cloud Identity and Access Management

Linguamatics: The Use of Natural Language Processing to Solve Pharma's Biggest Problems

Unlocking the Value of Connected Cars

Comprehensible Distribution of Training and Information...

The Current Focus is On Comprehensive Solutions

Big Data Analytics and Its Impact on the Supply Chain

Carmax, the Automobile Business with IT at the Core

The CIO's role in rethinking the scope of EPM for...

Transformative Impact On The IT Landscape

Get Ready for an IT Renaissance: Brought to You by Big...

Technology to Leverage and Enable

Speed is the Name of the Game

The Perils of Big data in Procurement

Catering To The New Normal; The Evolving Landscape Of Dam

Digital Twin: Unlocking The Power Of Your Asset’s Data